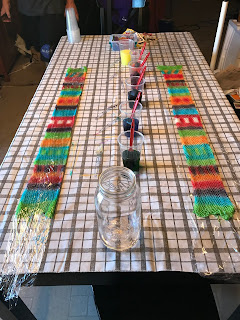 The picture below of my yarn steaming might look pretty familiar to those of you who attended the River Knits Retreat a couple of years ago. 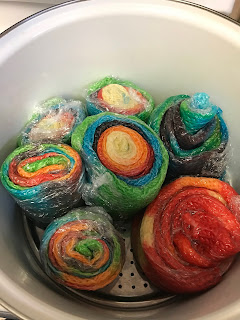 After steaming and drying them, I decided I wanted them in skein format (even though you can knit directly from the blank). I'm blessed with a dad who is an amazing woodworker, and he made me a skein winder so I wouldn't have to use a niddy-noddy! 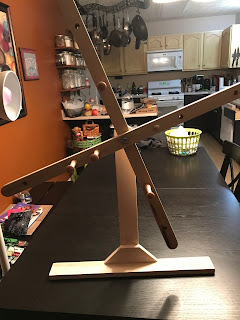 This fabulous tool makes winding skeins go so much faster! But look at how kinky they are! 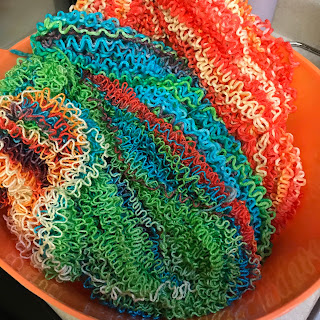 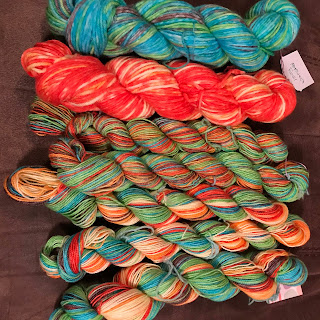 Y'all. This was so much fun! But I found myself wondering what kinds of effects I could get if I had "real dye." Note: Kool Aid is a real dye. It dyes yarn beautifully and safely, but it does have some limitations. There are a limited number of colors, and color mixing to expand the pallet is disappointing. For example, if you mix cherry (red) and mixed berry (blue), you won't get purple. The red will take up very quickly, and the blue won't take up much at all.

So, I went to Bluprint (formerly Craftsy Unlimited) and watched a couple of classes. Professional Yarn Dyeing at Home and Next Steps in Yarn Dyeing were both very helpful. Last weekend, I dyed some mini skeins (that I made with my awesome skein winder!), and you guys? I'm in love. 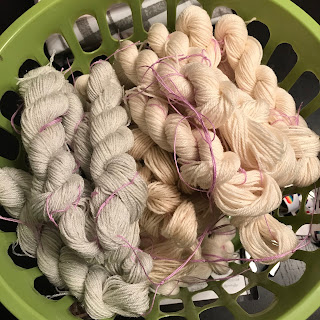 I took this basket of bare yarn (the grey ones have stellina in them! SPARKLES!!!), and dyed tons of samples, playing with color mixing, depth of shade, and fiber content.

Pure colors in jars in a water bath, ready to steam: 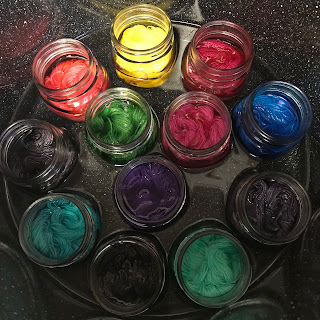 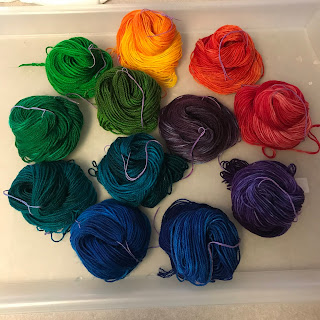 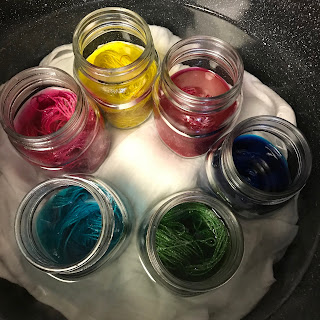 Here's the same basket, filled with all of my little sample skeins. 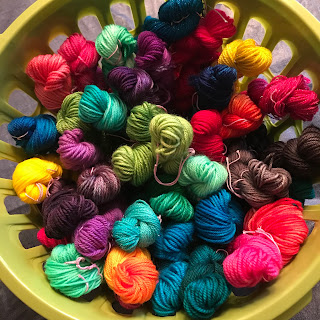 Now I have some ideas for how I want to do some full skeins and projects I'd like to knit with them. Guess how I'm going to spend my weekend!

Posted by Amanda at 4:27 PM No comments: