We had a good time at my house last weekend. All week, I had planned on taking the day Saturday to figure out my new-to-me knitting machine. I got it free from a lady who said, "I just want it out of my house." Okay. It's a Brother ElectroKnit KH-910. I'm very intimidated by this thing. It didn't have a manual, but I found one online. 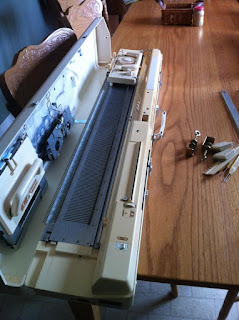 Even so, I let the intimidation get the best of me. I told myself (and those around me) that the lack of sleep Thursday night was really affecting me on Saturday and my brain was too tired to learn something new. You see, my daughter and I went to the midnight premier of "The Dark Knight Rises." Learning something new just wasn't possible in my sleep-deprived state. In my heart, though, I know it was intimidation. I won't let the knitting machine get the best of me. As soon as Ravellenics (formerly Knitting Olympics) is over, it's going down! I'm going to conquer that thing!

My avoidance did have some productive results, though. I made a few draw-string project bags to go with my purse. Yes, I had some small drawstring project bags already, but they were quite small and didn't match my bag. So, I did some thinking and looking around at other project bags. I knew the bags I already had were great for socks or other very small projects. But for a shawl, scarf, or larger project, I needed something a little bigger. Maybe just taller. I also didn't like that I had to guess what was inside the bag, or open it first. An excellent solution can be found in Tom Bihn's Yarn Stuff Sack. Clear vinyl bottom? I can do that! At least, I think I can....I've never sewn with vinyl before. Let's try it out! 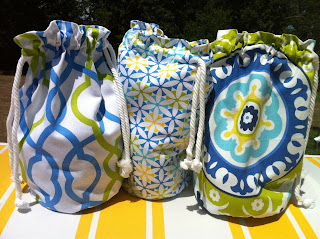 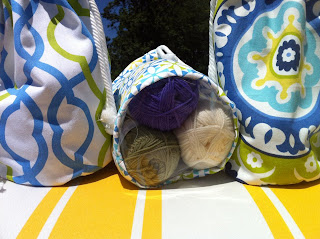 Look at that! I CAN sew with vinyl! So, I decided to try my luck with zippers too. 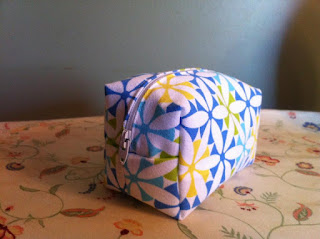 That's the Boxy Little Pouch from Three Bears. It measures about 5" x 3" x 3." Perfect for my little knitting implements--like scissors, stitch markers, tape measure, and sewing-up needles.And this method for sewing in a zipper is super easy!

I also cut out all the pieces for a fall version of my purse. I assembled most of the pieces, but realized I only had one magnetic snap. So, the lining and the outside are done, just waiting on the snap so I can put it all together. Maybe I'll have time one evening this week.

Then, last night, I whipped this together: 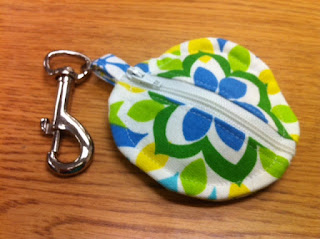 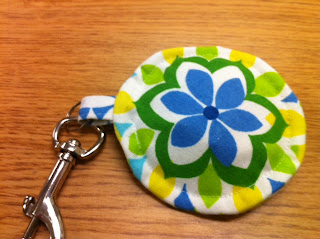 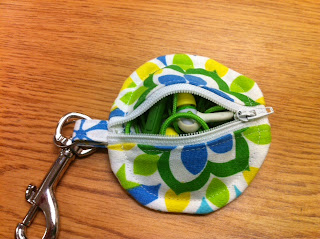 It's a little pouch for my earbuds. Tutorial available from Dog Under My Desk. Mine is far from perfect. Sewing a curve is tough. I need to practice.


Seriously? I never knew sewing was this fun! If you had told me six months ago that I would enjoy sewing, I'd have called you crazy. I blame Pinterest. And not in a bad way! It's just piqued my interest in things I probably wouldn't have tried otherwise.

Speaking of which, my daughter, Tori, who is 14 went into a Pinterest-induced cooking and crafting frenzy last weekend too! She made Chicken Taquitos (delicious!),Cheddar Bacon Ranch Pulls (potentially delicious with a few tweaks), Nutella Chip Cookies (om nom nom), and some string art for her bedroom wall (which I will have HER tell you about in a future post).

All in all, a very productive weekend at the Gill household!

Beginning tomorrow: Ravellenics (formerly Ravelympics or Knitting Olympics). I have my projects ready to cast on at 4pm EDT, at the moment Opening Ceremonies begin in London. Details tomorrow.