So, I thought I was doing really well on my NaKniSweMo sweater. 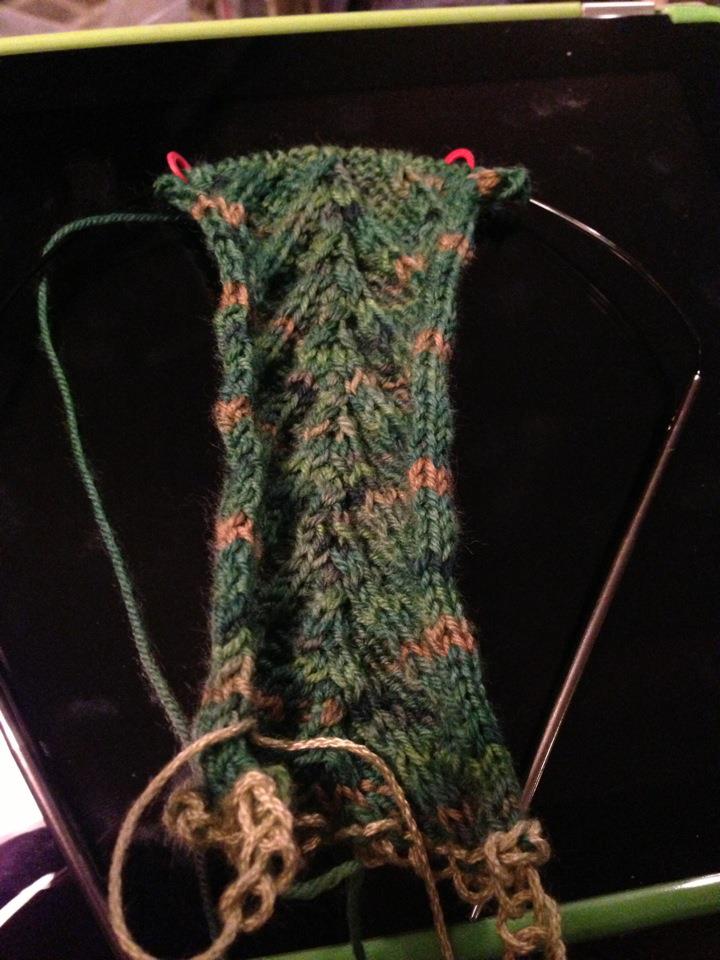 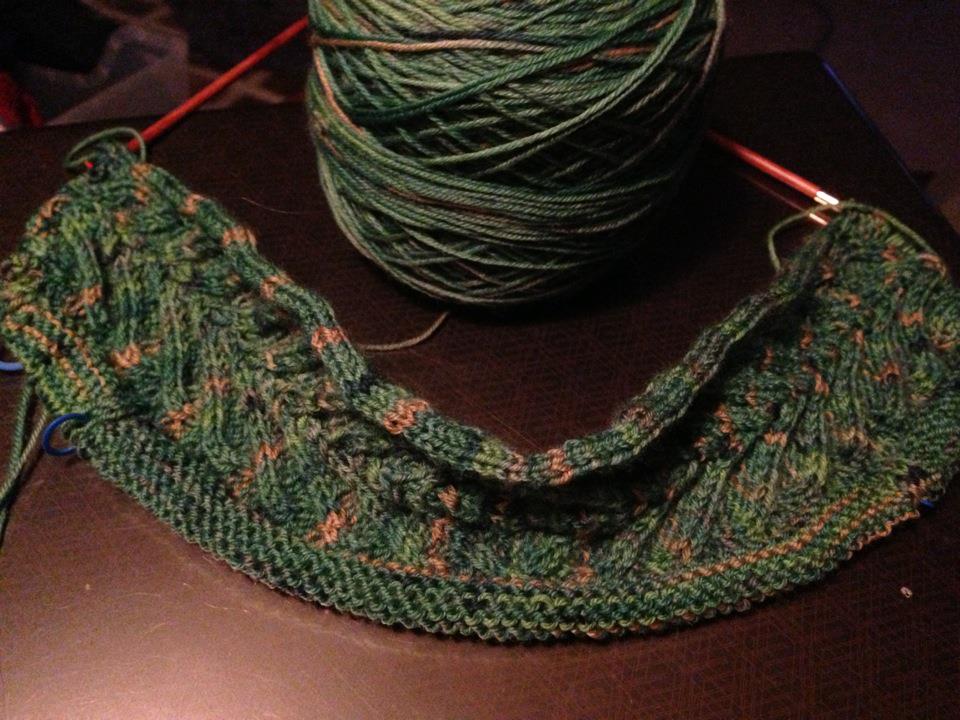 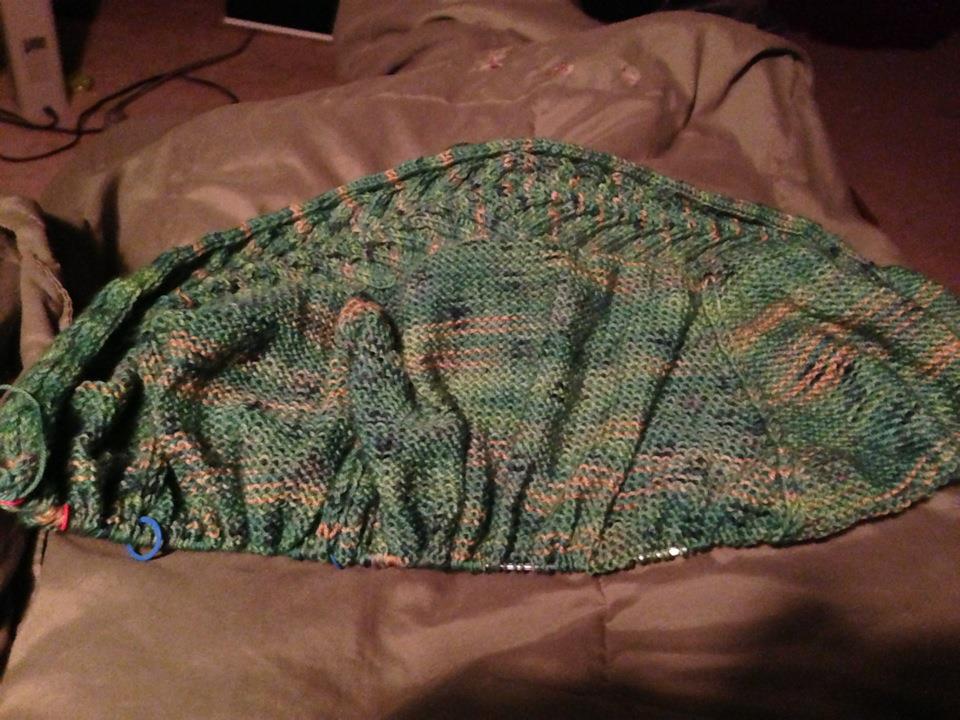 Monday morning, I took a good look at what I had. It seemed really big. I tried to convince myself it was just my imagination. (That was my first mistake.) After all, I'd checked my gauge at the beginning, and it was right on! As long as I was getting gauge, it would be fine. (That was my second mistake.)

I knitted for a while after dinner Monday evening, and the nagging feeling that I was knitting a sweater for a sumo wrestler wouldn't go away. Around 9:15, I thought, "Fine! I'll check the gauge again, but I know it's right. I know it is. I just know it." Well, I was wrong. I was supposed to be getting 27 stitches per 4 inches, and I was getting 24 stitches per 4 inches. I know that doesn't sound like a huge difference, but it really really is. For the body of the sweater I was supposed to have 324 stitches for a 48" sweater circumference (actually, a little less because of the cables, but you get the idea).  At the gauge I was getting, I'd end up with a 54" sweater--waaaaaay bigger than I needed! 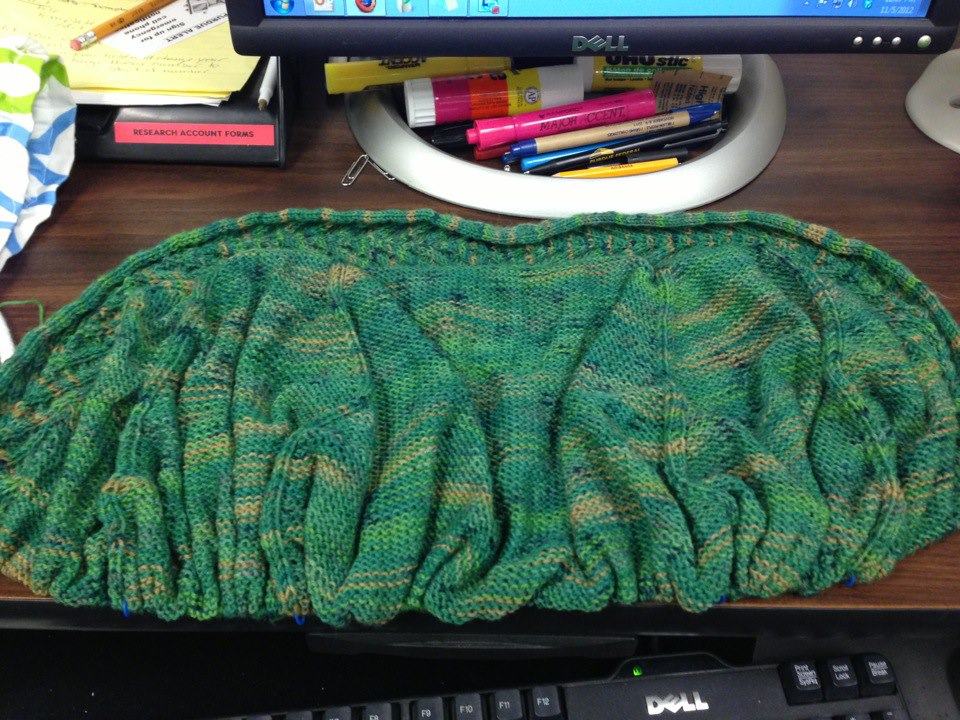 So, I did what any Knitter would do: I ripped back. I reworked the pattern for the gauge I was actually getting, because there was no way I was starting over completely. I spent about an hour and a half ripping back to a more reasonable number of stitches, and a better-fitting yoke depth. All in all, I ripped out about a day and a half worth of knitting. Then I went to bed. 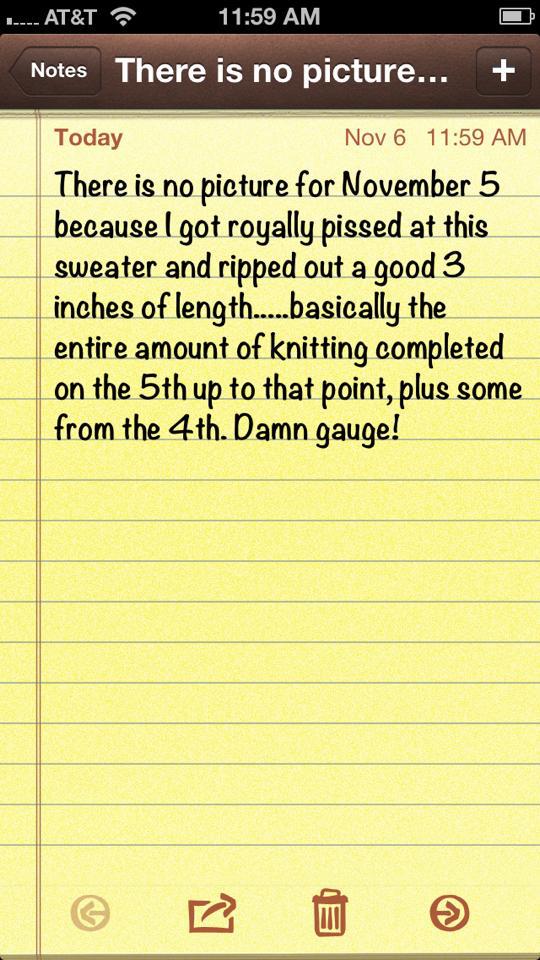 Tuesday morning, I divided for the sleeves, and got back on track. 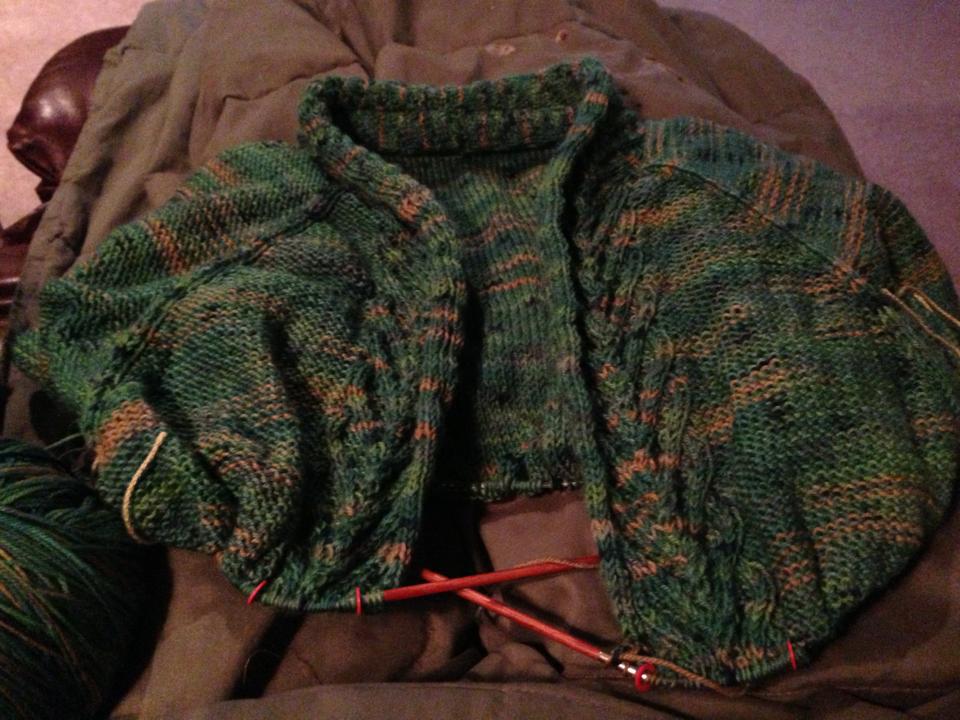 I got some knitting done while watching election results Tuesday night. And I tentatively worked on it some more yesterday. Last night, I knitted all the stitches onto a very very long cable (from an interchangeable needle set) so I could try it on. 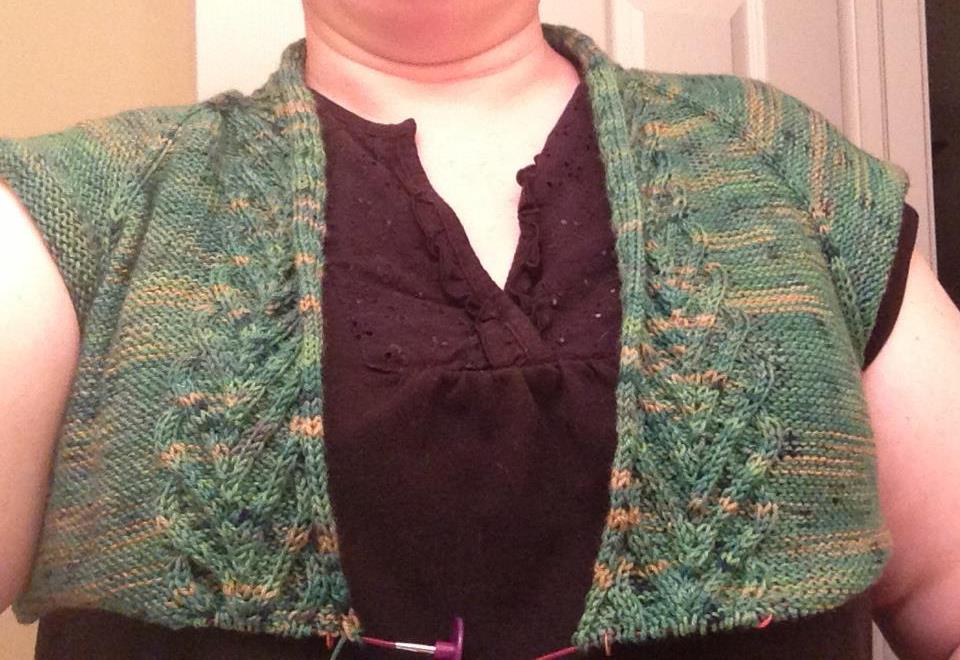 Success! The yoke fits beautifully! Now I can knit like a fiend again because I *know* I'm on the right track now. And, in case you are wondering: Yes, I will check my gauge more frequently. Damn rookie mistake.
Posted by Amanda at 8:42 AM